Zeer zeker. Er is zelfs een Europese uitspraak die het verkopen van tweedehands software licenties bevestigd.Jurisprudentie Europese besluit 24 April 2012http://curia.europa.eu/juris/document/document.jsf?text=&docid=121981&pageIndex=0&doclang=EN&mode=req&dir=&occ=first&part=1&cid=1437095 Tweedehands software licenties zijn volledig legaal, oordeelt Europees HofThe European Union Court of Justice has recently taken a milestone decision in favor of the commercialization of second hand software licenses of any kind. According to this, once a software seller or distributor sells a copy of any software tool, it automatically loses its exclusive rights to distribution, making it completely legal for companies and individuals to re-sell their own copies, legitimating this niche market for companies such as the German based UsedSoft, the company that took the case to the European Court. In addition, it is clearly stated in the Court decision that no difference could be applied between physical media and download products. “It makes no difference whether the copy of the computer program was made available by means of a download from the right holder’s website or by means of a material medium such as a CD-ROM or DVD,” the court ruled. “Even if the right holder formally separates the customer’s right to use the copy of the program supplied from the operation of transferring the copy of the program to the customer on a material medium, the operation of downloading from that medium a copy of the computer program and that of concluding a license agreement remain inseparable from the point of view of the acquirer.” The transfer of property of the licenses also implies the transfer of the legal obligations stablished for both parts, including maintenance and upgrades, also meaning that multiple user licenses for instance cannot be split and sold separately, since the original conditions would still apply in case of a re-sell. However, this decision only affects the European markets, since previous Court decisions in the United States followed a completely different direction. In the precedent-setting case Vernor vs. Autodesk, it was established that US buyers purchase the ability to use a license, but they do not own the software, making redistribution not legally possible. This does not prevent American users to purchase licenses outside the USA, although the legality of such possibility is still unclear. Nevertheless, this European Court decision has a huge importance for companies, since it eliminates the distinction between the purchase of a license and the purchase of a product. The implications of this measure for international trade and intellectual property legislation on the long term still would need to be further discussed, but on the short term the cost-saving potential for European organizations is undoubtedly very important. We will see in the future the real impact that the opening of this market has for European Union based companies. 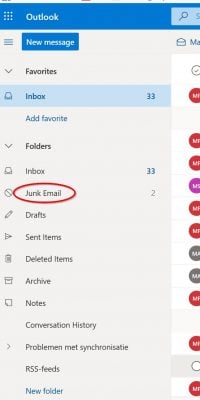